How Did Taekwondo Come to Canada? 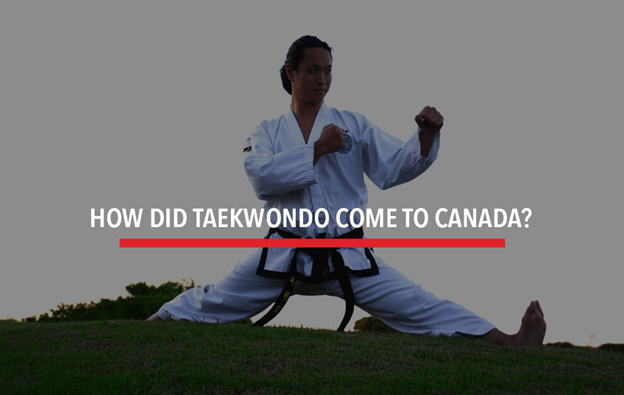 Believe it or not, taekwondo has been on the brink of extinction a few times throughout history. But now, it is one of the most popular forms of martial arts in the world. More than 70 million people currently practice taekwondo. It has gone from an underground Korean fighting style to one of the world’s most internationally practiced sports. You can Google “Taekwondo classes near me” and find various dojos in Oakville and Milton. If you practice taekwondo in Milton or have taken a taekwondo summer camp near Milton, you should learn about how this dynamic martial art came to Canada.

Taekwondo did not get labeled as taekwondo until 1955. Before that, taekwondo was a mixture of different Korean fighting styles based on the Subak substyle known as Taekkyeon. Taekkyeon was first taught in ancient Korea during the early 6th century. This martial art included a mixture of both hand and leg techniques. Most other fighting styles at that point relied on one’s use of the upper body. Taekkyeon took a holistic approach to self-defence that involved punches and high kicks. While karate does incorporate kicks, these are often the last resort. Karate kicks are almost always low to the ground and are designed to knock your opponent off-balance.

Taekwondo was close to extinction a couple of times. During the Joseon Dynasty, Confucian leaders banned the practice of martial arts. They believed that academics were the only important school of thought. Taekkyeon was able to survive due to its continued use in the military. This too also became forbidden once the Japanese occupied Korea. At that point, Taekkyeon fighting had been moved to underground circles. Fortunately, martial art survived. After the Japanese left, the Korean government turned Taekkyeon into an official martial art and called it taekwondo.

By 1988, taekwondo was being performed as a sports demonstration at the Olympic Games. This eventually led to taekwondo becoming an official Olympic sport in 2000.

Next time you think about searching “Taekwondo classes near me,” think about the journey it took for taekwondo to get there. For those interested in starting Taekwondo in Milton or registering for a Taekwondo summer camp, they should look no further than Dragon Taekwondo. Contact us now to become part of taekwondo’s ongoing legacy.